Pi Sigma Alpha, the National Political Science Honor Society, announced the election of Dr. Zoe Oxley as its 44th president during the organization’s biennial business meeting. Oxley will serve in the role from 2020-2022.

Dr. Oxley is Professor of Political Science at Union College where her research intersects political psychology, public opinion, and gender politics. She is co-author, with Rosalee Clawson, of Public Opinion: Democratic Ideals, Democratic Practice (CQ Press) and Conducting Empirical Analysis: Public Opinion in Action (CQ Press). Her work has been published across leading journals in the discipline,
including American Political Science Review, Journal of Politics, Political Research Quarterly, Public Opinion Quarterly, and Politics & Gender. Her most recent research, with a group of coauthors, explores children’s views of political leadership, including the consequences of children being exposed to more negative messaging about politics and political figures than children in the past. This project also examines the gendered nature of political socialization, finding that girls are less interested in politics than boys, even at a young age. 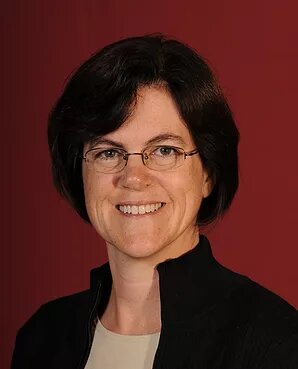 “As Pi Sigma Alpha celebrates its centennial, we are excited to have Zoe Oxley step in to lead the organization,” said Executive Director Sean Twombly. “For fifteen years she has been engaged with Pi Sigma Alpha – both at the chapter and national level – and her commitment to undergraduate  teaching, undergraduate research and mentorship will help advance the organization are we march into our second century”

Oxley served as faculty advisor for the Zeta Upsilon chapter from 2006-2011. During that time the chapter was recognized with three national Best Chapter Awards for creative programming on campus. From 2007-10 the chapter hosted the Pi Sigma Alpha Undergraduate Journal of Politics, with Oxley
serving as editor in chief. She served on the Pi Sigma Alpha National Executive Council from 2008-12.“

My past involvement with Pi Sigma Alpha has been very enriching, whether serving as a chapter advisor at Union, mentoring students as they completed the editorial work of the Pi Sigma Alpha Undergraduate Journal of Politics, or helping to support the national organization’s rich array of programming through my service on the Executive Council,” said Oxley. “I’m thrilled to have the opportunity to lead Pi Sigma Alpha now, as we celebrate the organization’s centennial and embark on its second century.”

Pi Sigma Alpha was founded in 1920 on the campus of the University of Texas, Austin and has inducted over 300,000 members in that time. Notable members include former President Bill Clinton, former Supreme Court Justices William Rehnquist and Anthony Kennedy, Senator Susan Collins, Representative Ilhan Omar, former NBC News anchor Tom Brokaw, and a host of other successful individuals in  politics, business, and academia. In 2020 the organization marks its centennial anniversary.

Pi Sigma Alpha is the only honor society for college students of political science and government in the United States. With chapters on more than 800 campuses across the United States and Canada, the organization brings together students and faculty interested in the study of government and politics. Pi
Sigma Alpha is a member of the Association of College Honor Societies (ACHS) and is designated as a  “Specialized, Upper-Division.”